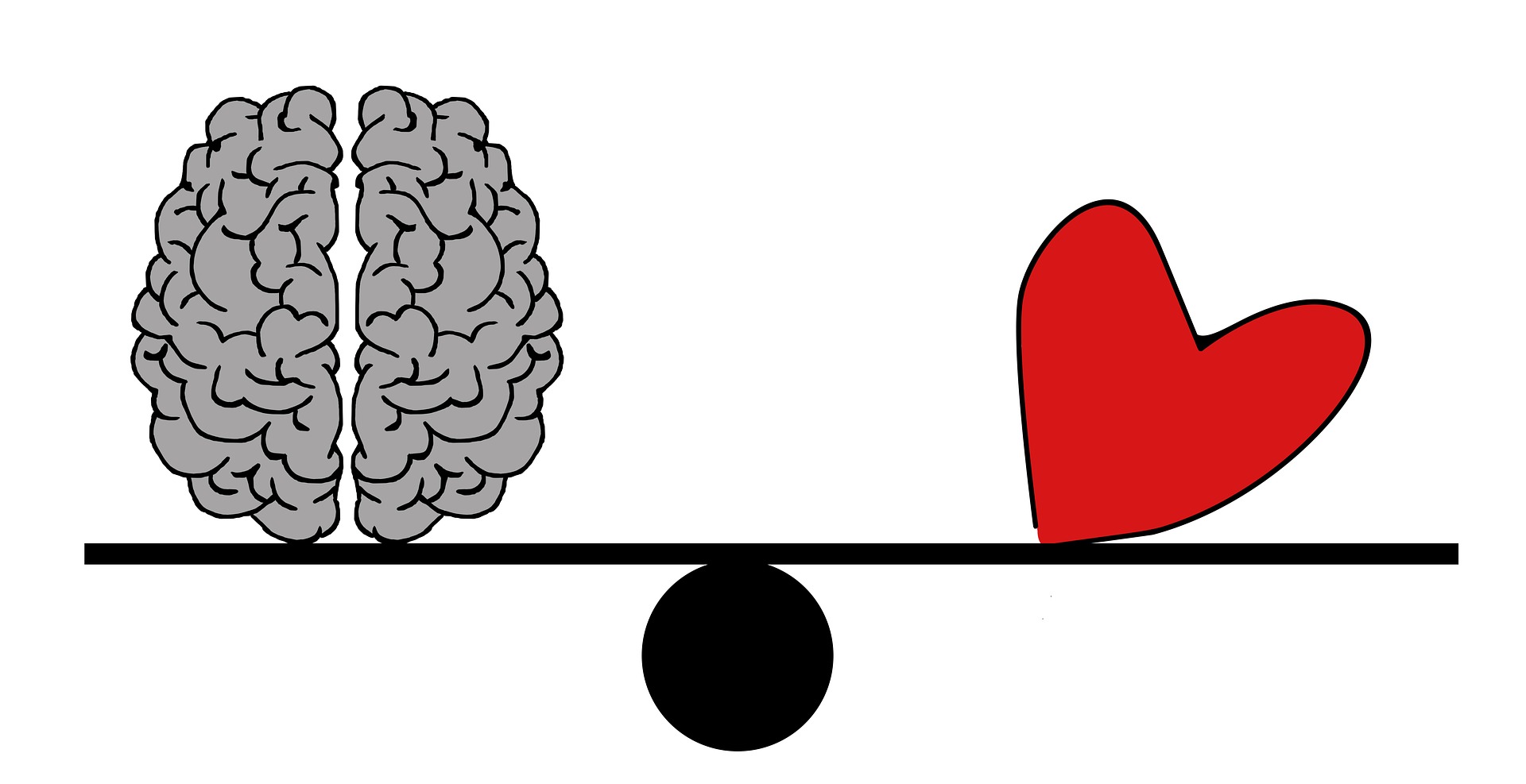 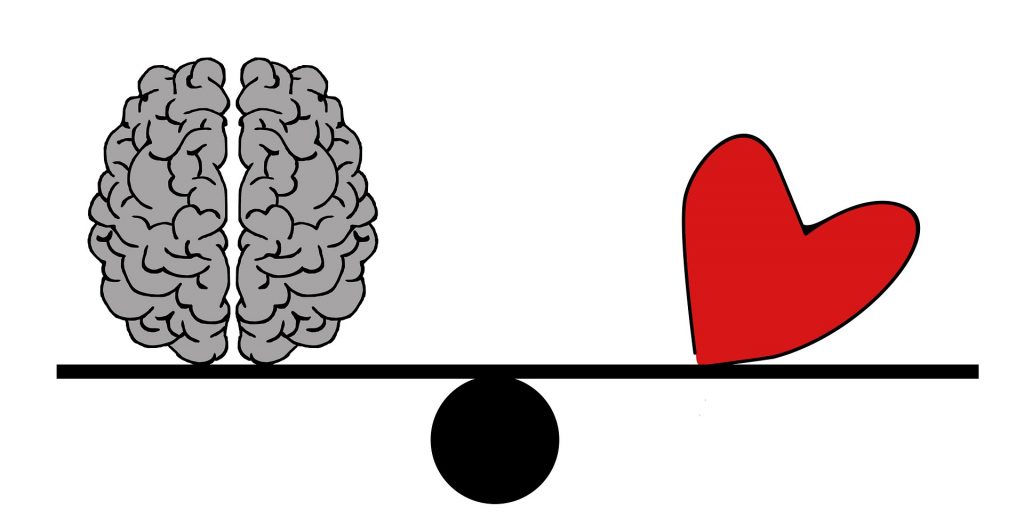 Consider the two options below for a goal I’ve set for myself in 2018.

B) Make each day count & Wake-up fresh in 2018, free of alcohol and hangovers!

I’ll leave that sit there for a bit and return to it later.

So, it’s that wonderful time of the year again. Time to lock in on 2018 goals! In truth, I’ve been in brainstorming & planning mode for a while. Now it’s a matter of breaking them into categories and critically looking at which of them are really worth doing, which align to my core values, ensure they will be of benefit to myself and others and, lastly, which are challenging enough to take on!

This was the first year in which I was quite public about some of my personal and professional goals. The subject cropped up a good bit in the weekly podcast. I’ve also posted some articles in the last few months that touched on goals I set for myself in 2017. This was by design in lots of ways as I definitely believe that, by putting them out into the public domain, my own levels of accountability to them has increased, in a good way for sure.

Looking back at the 2017 goal list, I’ve completed almost all of the big goals. Buying a house, releasing 50 podcasts (originally the goal was 30), completing a diploma in executive coaching, spending 100+ hours in coaching sessions, sticking to a pretty strict fitness programme, forcing myself to get up at 6 am on weekdays and meditating every day have all been mostly nailed during the year. One final goal was to spend a week away around the turn of the New Year. This has been one I’ve failed on for the last few years but managed to make it happen this time around (I’m writing this from Sunny Gran Canaria – sorry!). Overall, I’d rate the year from a goal perspective at around 8/10.

Well, two reasons. I don’t think it’s possible to get a 10/10. It would indicate perfection and that’s not a thing in my view. I’ve taken the perspective in recent years that striving for excellence works better. It keeps things moving forward, focuses more on the journey, with less pressure and more enjoyment. The other reason I’m around the 8 mark? Due to multiple failings on a goal I set out last December, one I blogged about intermittently during the year, appropriately called 12 challenges in 12 months! Bit of a mouthful but pretty self-explanatory. I endeavored to either stop, start or increase a specific habit or activity each month of 2017. The first of which was a Dry January with a total alcohol-free month as the goal. This started the challenge off with a tough one considering I probably had not gone a full month without at least one beer since the age of 18(ish). That said, it was the month that I was most successful. Surprising even myself.  Februarys challenge; to resist reading work email on my phone/in the office before 10 am daily. The hoped benefit here was to instead focus on productive deep work prior to getting caught up in the email time warp the usually began from around 8 am. I didn’t think this would be harder than the drink ban! It started well but fell off a little towards the end, however it did start me on a path to where I now don’t have work email on my phone at all – that’s a big achievement and has had a very positive impact on my productivity in the mornings. Some of the other months were quite successful (one was to go with my intuition more for decision making – I bought a house this month) but others I failed miserably at (some bulging disc issues so running 5km every day for one month didn’t happen & I didn’t swim 20 times another month to name just two). Overall, the challenge was an experiment but one I really learned from. 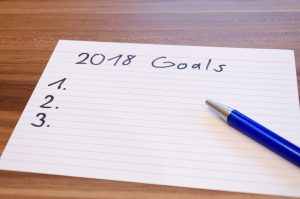 Ok, so now on to 2018 goals and back to the options I posed at the outset. As a reminder, these were:

B) Make each day count & Wake-up fresh in 2018, free of alcohol and hangovers!

You might be thinking neither sound good with 365 days without even a glass of wine. But if you had to go for one, I’m hoping you’d opt for B! Can you explain why? Did B feel better than A?

Both goals you could consider SMART, referring here to the goal setting methodology where the goal you set is specific, measurable, achievable, realistic and time-bound (it’s probably not smart, however – time will tell there). Up to a few weeks back, I probably wouldn’t have thought of wording an option B.

What is different between A & B is not just how they’re worded, but how they make me feel. Option A is very much a restrictive goal. Uninspiring, sounds very tough and can be termed as, what is referred to in the book Switch, a

It’s very much all or nothing and doesn’t really connect in with much emotion. It’s not one to get excited about and that makes this one all the harder to get motivated by.

With Option B, however, I’ve tried to look at it a bit differently. I’ve asked myself what goodness will come out of doing this. What is the Why? What could make this more exciting? The overriding feeling that is driving me to achieve this goal is joy and satisfaction. Not to have any wasted Sunday mornings/afternoons that invariably follow on from a night out where a few too many IPA’s have been consumed. Another advantage of doing it would be the increased productivity that comes with a clear head. Again, taking great inspiration from the book Switch, I needed more than just a SMART goal.

The goal needs to connect on a more emotional level and make it one that is full of feeling and hits me in the stomach. This was something I wouldn’t have naturally thought of in the past when setting goals. I probably have always made them pretty clear and time-bound but, looking back, lacking in inspiration, maybe slightly boring and not so clear on the value or benefit. They were SMART but lacking some feeling. For a year without a beer, I definitely needed to get clear on the emotional win.

So #DRY18 (not sure if that hashtag will take off but feel free to use it) is my BHAGfor 2018. Thankfully I’m sharing it with a good friend (hang in there Richie, we’ll get through this) so I’m not doing it alone! It’s a lofty goal and maybe, being Irish and fond of the occasional night out, the antithesis of smart! But with it worded as Make each day count & Wake-up fresh in 2018, free of alcohol and hangovers, it sounds more appealing. It still sounds difficult and I know it’s going to be a challenge but I’m up for it. Serendipity had a role to play here too as if I hadn’t read the book Switch in the last couple of weeks (it had been on my to-read shelf in the office for the last 6 months), I wouldn’t have had the foresight to make the goal emotionally charged. That gives me further incentive to achieve it. The goal gods are smiling on me!

Some of the other goals on the radar for 2018 that I’ll state publicly include the 12 challenges in 12 months again. First up in January is a 5km every day! February, I’m aiming to learn to swim ‘properly’ and feel comfortable doing it (just purchased the total immersion book & DVD so going all in with this). No cell phone between 10 pm & 7 am, getting up at 5:30 am and giving Bikram Yoga a go are just a few others that are lining up to make the monthly cut. Other goals that are more point-in-time include completing a Masters in Q3/4 2018, a 10-day silent meditation retreat, running the New York Marathon in November (fingers crossed with the lottery), complete Season Two of the 1% Better podcast (that will include some live podcasts with an audience) and a few more besides. Sure, sharing these out are scary and exciting. Less scary than this time last year, however. That’s progress and knowing I might have a few folks reading this over the coming weeks really makes them more real.

How are your goals worded for the year? Are they SMART and in Black & White? Or in brilliant emotionally fuelled Technicolour? If you’re putting the final touches on your own 2018 goals, take a closer look at them to see if they’re SMART and are hitting you in the gut, bursting with feeling and emotion. It might be the difference between achieving them or not!

IMPORTANT NOTE: If you’re reading this a few days or weeks into 2018, it’s still not too late to set yourself goals for the month/year. Don’t use that excuse. It’s never too late. I’ll be updating on progress over the course of 2018 as the months pass by.

As always, please leave feedback, comments and even share some of your own goals for 2018 here. I’m also looking for more #Dry18 Buddies so feel free to reach out or coax a friend to buddy up with you!

Rob currently is a director of strategy and business operations with Dell IT in Cork, Ireland. Rob is a qualified Executive Coach and has been Mentoring and Coaching over the last decade in various roles held during his career. In 2017, Rob launched the Rob of the Green Platform which hosts the 1% Better Podcast. Rob also publishes articles on productivity, goal setting, meditation, and a host of other topics and areas of interest. Lots more to come in 2018.