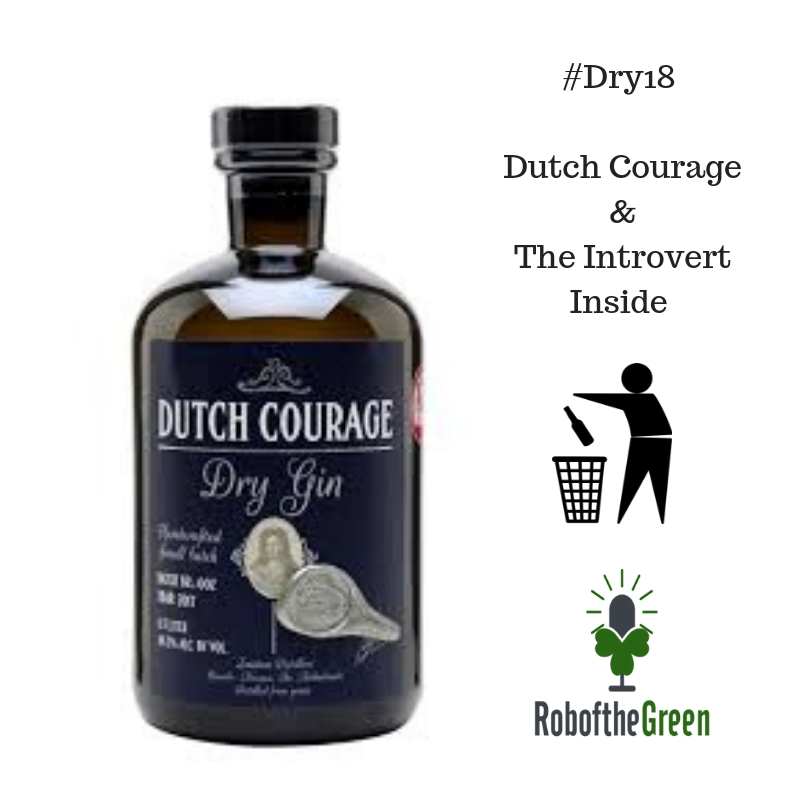 Dutch Courage & the Introvert Inside

When I hear the saying ‘Dutch Courage’, it always brings me right back to my mid-to-late teens. To a time when I started to frequent over-18’s discos (I looked a bit older than I was and didn’t have fake ID..honest!). I can’t say it brings back all happy memories or nice feelings. Some, but more a reminder of that awkward time when peer pressure was very real, and, most likely, you had to take a drink to fit in. Even though you didn’t like the taste perhaps.

‘Get that into you, it will give you some Dutch Courage’, might be commonly heard on nights out.

I’m not sure if it’s a saying or phrase that’s universally known. Maybe only in Ireland and the UK (and maybe the Netherlands). Back when I heard it first, and for years since, I never actually wondered where it came from. It’s one of those saying that you just take on board without wanting to know the meaning behind it. But it’s one you intuitively understand even without an explanation.

Having developed a fascination for etymology for words & terms over the last couple of years (I generally like to know the background on something I write about as it makes me feel like less of a bluffer), I did a little bit of research on it. The explanation behind it is worth a look. In brief, it involves alcohol (Gin to be precise) and English & Dutch Soldiers at War!

Anyway, when I look back now to those early drinking nights out, how I acted pre-drinking v post-drinking was very much different. The freedom, reduced anxiety and relaxed inhibitions that accompanied copious amounts of beer and shots really helped with ability to chat, dance, and generally behave very different to what my normal state was. I know this maybe is the case for nearly everyone after a few drinks. But for a more naturally predisposed introvert, even more so. 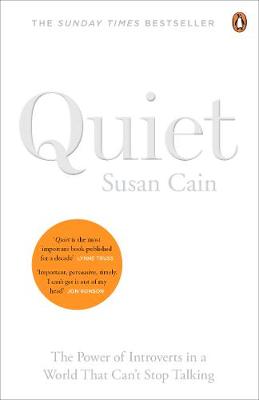 I’ve always felt that I was more at ease in 1-1 situations and more comfortable in smaller groups. I wasn’t sure why but it just felt that way. Over the last few years, thanks to work I’ve done through coaching on self-reflection, developing my own self-awareness, and, more recently, from learnings taken out of Susan Cain’s book Quiet, I’ve come to the conclusion that I fall, at least more predominantly, into the Introvert category.

For many years, that stretched well into my twenties, I felt the need to fit in, which meant being out, about, and having ‘the craic’. And where there is craic (just in case anyone isn’t familiar with this word, it’s not a form of heroin, but an Irish word used for having fun that, for the most part, has some alcohol consumption closely connected), there was booze. The outgoing me would emerge, could fit in, feel popular and generally be comfortable in the surroundings. But, in the main, it never felt fully right. Deep down, I always knew this, but wasn’t mature enough, or ready to push back. I didn’t have the tools or strength to go against the grain (is there a pun there?). Now, just to note, it wasn’t all bad. Over the years, there were many great times. But, as the twenties became the thirties, the feeling of fun and newness waned. I wouldn’t have changed it though. Everything that happened was all part of the learning.

Turning Curve, not a Turning Point.

I’m calling this a turning curve rather than a turning point as my own change and realisation wasn’t a single event, but more a gradual process. The reoccurring pain point that dotted out points on this curve was dealing with the aftermath of a night out. Not only did I find that the sense of anxiety normally accompanied with the withdrawals was getting too much, on top of that I would also have to deal with that fact I could have done or said something that 1) was not me in my normal state and 2) sometimes couldn’t even remember what that might have been. That Extrovert that lived inside me and came out full guns blazing when boozed up would retreat, leaving the more reserved and quieter introvert to deal with the clean-up. Which sometimes would be very difficult to cope with indeed. Especially if the introvert didn’t have a clear memory of what the extrovert did or said on the night before. That horrible feeling when someone says, “do you remember when you did this?” or “what did you say to them last night?”. If you know, you know. Not fun! You might be familiar with the phase ‘Never again’ or ‘I’m never drinking again’ or something along those lines? Well, I had been saying that for years but never sticking to it. It was time for a change. And that’s what it came down to.  Timing. 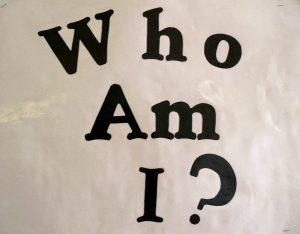 Definitely over the last 7/8 years, the tide turned. I’ve worked hard on my own sense of identity, values, purpose and that whole ‘who am I’ question. I’ve developed a comfort level around being an introvert. I’ve been able to find more of a balance. And, again to reference Susan Cain’s Quiet, I’ve gained a deeper understanding of the traits and characteristics that are more on the introverted side of the spectrum. The stories, research and findings in Susan’s book have struck more of a chord than just a note for me, helping make sense out of some of those feelings I couldn’t explain but always was aware of. Like why I would be more at ease in smaller groups or in 1-1 situations than in larger groups. It helped me understand why I preferred to talk about deeper subjects first and small talk last in conversations. Extroverts prefer it the other way around it seems. It’s in the Science.

So, taking on a challenge like doing completely off any alcohol for a full year was going to put my Introversion to the test. But it’s one I was up for, even if my Extrovert buried in there somewhere wasn’t too happy. Now in September of Dry18, I’ve gained even more of an appreciation for embracing who you are, rather than who you are trying to be. As I mentioned in the previous couple of #Dry18 pieces, I’ve been attending social events, work nights, conferences, parties, and have been on holidays\vacation, all booze free, and have been in many situations that certainly thrust me into a zone of discomfort. That was part of the purpose of this whole adventure. To face the fear and do it anyway. To learn and grown. To notice what if felt like to be in a situation of unease, be ok, and even develop ways to enjoy it. To discover a level of comfort with yourself and the surroundings. And with the choice or the option of a beer, to help ease the situation, taken out of the equation, it has made things much simpler.

In my coaching work, I often focus on identification of personal or a team’s Core Values. My own 6 core values are well formed, and, ironically enough, one of them is Courage. It’s been one that I’ve had to rely on when making tough decisions over the last 20 years. Courage is something you can practice and develop over time. Over the last 9 months, I feel I’ve had to continue to develop my own courage in a real way, without the need for the Dutch part.

Rob is a qualified Executive Coach and has been Mentoring and Coaching over the last decade in various roles held during his career. In 2017, Rob launched the Rob of the Green Platform which hosts the 1% Better Podcast. Rob currently is a director of Project Management and Leadership Coaching at Dell in Cork, Ireland. Rob also publishes articles on productivity, goal setting, meditation, and other topics.