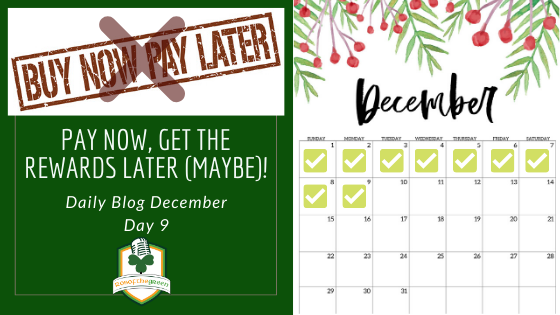 Everywhere I look these days, especially with Black Friday, Cyber Monday, or the January Sales, the promise from retailers seems to follow a similar trend. You can ‘take home today and don’t pay a penny till 2021’. A very attractive, guilt free, worry about it later, proposal. Instant gratification without any of the buyer’s remorse! Until 2021, when you have to pay an extra 50% interest. That’s so far away, it’s not worth thinking about, right? Buyer Beware.

One of the most important and consistent messages that has emerged from almost 150 1% Better podcast interviews over the last 3 years is the exact opposite. When it comes to success in your career, however you measure or perceive it, you must be willing to pay the money down now, and (potentially) get the rewards later.

One of the first interviews shared back in March 2017 is with Andrew Mangan. A very successful podcaster and blogger. When asked what contributed most to his success, he replied ‘it came overnight after 9 years of hard work, putting out content daily and weekly, building it slowing and being patient.’

Meaghan Duhamel, an Olympic Gold medal winner, after a number of Olympic near misses, shared her story in an interview in season 2. Like Andrew, her focus over time became much more on ‘the task, not the result’ with a mantra of ‘what can I do today to be better tomorrow’. Success was clear but never instant.

More recently, in a deep dive on leadership with John Eades, again this topic came up. Self-discipline is at its core and John defines this as ‘the willingness and the ability to sacrifice what you want now for what you want more later on’. In John’s work, he’s talked with a few hundred leaders more than the podcast has given me access to (so far) and he’s seeing the same pattern emerge.

Anytime I see an article that has the word ‘hack’ and ‘success’ in the title I skip it. It can only be click bait. You have to be prepared to do the work, stay the course, and put the hours in! Society and the world of social media has contributed to this belief that you can it all, now. And there are faster paths to get it, if you’re willing to invest, your money! Don’t believe the hype and read the small print!

My advice is to be sure, whatever you decide to focus on, it’s something you love doing, aligns with your values and beliefs, and to create a clear measure of what success looks like. Most likely, it will come. With time, practice, and patience. 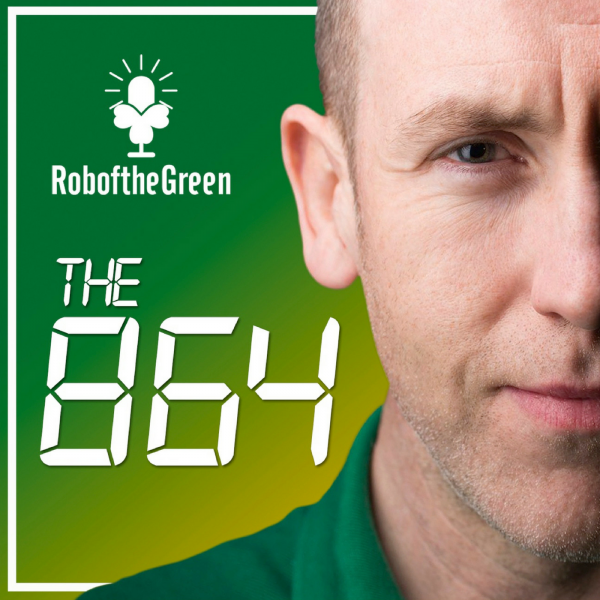 With the new podcast launch finally here. I felt it only right and fair to post a quick piece to explain it!

I read so many articles, tweets, blogs, posts, and comments that start with ‘I’m delighted to share’, or ‘I’m so excited to say’, or perhaps  ‘It’s my great pleasure to’ and so on and so forth. If you’re like me, sometimes you might wonder if they really mean it? or is it just to add dramatic impact? Anyway, with that being said, I’d like to say I’m thrilled (genuinely) to be launching the new podcast titled The 864. It’s been in the works for a while and it’s great to be putting it out there.

When I started out this podcasting adventure, at very beginning of 2017, my aim was to interview 10, 20, maybe 30 people that had a good story to tell and share it out. I wanted to dig into real people’s careers and, hopefully, extract some interesting views and lessons learned that could be of value to others (and myself). I also was very hopeful to discover if, during these conversations, the guests themselves took something positive away from it too. As a coach, allowing another person just talk and be listened to is a powerful thing.

As I write this, I’ve recorded over 75 1% Better episodes and I’ve just released episode #65. I’m into a ‘season 2’ and still learning lots! It’s been a great privilege so far. And it’s continuing, which is great. 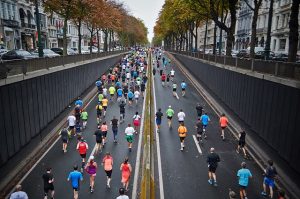 From the outset, my focus was on longer form interviews. Typically around the hour mark. Definitely longer than thirty minutes. Some up to nearly two hours! While I do listen to some even longer, I figured those marathons might be just too much for others to keep hooked into. As the show evolved, and I found a rhythm, the conversations definitely improved. As did I. The longer the chat went on, the more good stuff came out. As the natural rapport developed, we’d get deeper into the topic and time would fly! 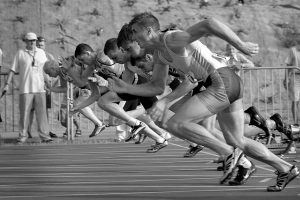 Is there value in the ‘sprint’ show?

Getting direct feedback from listens can be tough. Not tough to take, but tough to get. So when a listener does take the time to get in touch, I always enjoy hearing what they like or don’t like about the show. The one piece of feedback was around the duration. The long form is not everyone’s cup of tea. Shorter episodes would be more consumable during the daily commute. Longer form are great but sometimes a listener would forget to come back to finish it off. By the time they did, another show could be released. It got me thinking.

So, after season one ended, I took some time off and planned out what I could do for 2018 to meet both audiences. The 1% Better show was doing well and I had already lined up 20+ guests for season two. How could I make a shorter show work and still be of value. And, if possible, align to the 1% Better theme.  I got my thinking cap on. With an element of project management & a calculator, I laid out the requirements.

That’s where the 864 came into play! Allow me to explain. 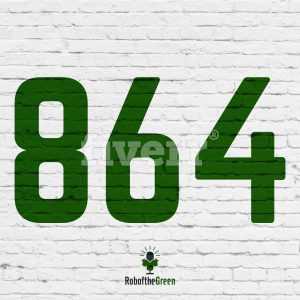 Early versions of the 864 logo!

I’m a disaster for making decisions on names. But sometimes things fall into place nicely. This was the case here.

The story so far!

Disclaimer now before I go further. My aim is to keep every conversation as close as possible to the 864 seconds mark! I’ve even used a countdown timer for some of the shows!  So far that’s been difficult. I’ve recorded 10 shows and a couple have gone a minute or two over. But the timebound nature of the chat keeps things moving. I’m keeping the intros short and then it’s straight into the conversations with the guests.

It’s been very interesting so far. I’ve recorded episodes with some internationally & nationally well-known names. Some big hitters in their own fields. With the shorter show, it’s impossible to get too deep into the guests backstory. So we’re just focusing on a couple of key topics in each one. There is variety with entrepreneurship, business, money management, marketing, PR, sales, broadcasting, podcasting and the writing process just some of the emerging subjects so far. It’s been lots of fun.

As is the case with the 1% Better podcast, I try to ensure that in every single episode, there is, at the very least, one key takeaway that is of value to you, either personally or professionally. Ideally both and ideally more than just one thing! That’s my own personal goal for this new show. And to enjoy it along the way.

So that’s the story behind it. The 864 is live as I hit publish on this post. The intro show (ep1) is out now (listen here)and the Profit First conversation with Mike Michalowicz are available will be live on the site on Friday 29th June. I plan to roll out a few more each week over the next few weeks and see how it evolves and grows from here. Hopefully, with your feedback and input, this new experiment is worth it.

I really do hope you enjoy the show on your commute, short jog, walk, etc. And if you do, I’d be delighted (I mean it…swear) if you’d take a couple of seconds to done or all of the following:

Before you go…may I ask for your support?

To help get The 864 into the ears of others, it would be great if you took a few minutes to do any or all of the below.

Thank you so much for reading the post. I hope you do listen and enjoy the content.

Make it a great day,