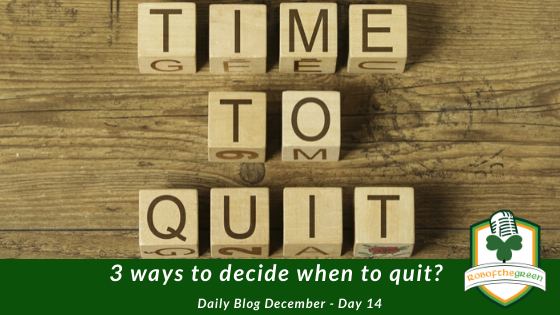 Ever struggle with the quit question? At what point in a project, work related or personal, does one call it quits? When is enough, enough?  Or is it worth just sticking with things that little bit longer as the tide might be about to turn and the breakthrough you’ve been waiting for could be just around the imaginary corner. It’s really difficult to tell.

Through coaching individuals and teams, in my own professional and personal life, and from direct primary research asking leaders this very question in podcast interviews, different perspectives and rules to help answer it have come up. Hopefully by sharing some of these, it might help you take a different view when have to face this head on, now or into the future.

Till tomorrow, thanks for reading.

Sign up to the 1% Better self-improvement slack community here – https://buff.ly/2qEyUW5 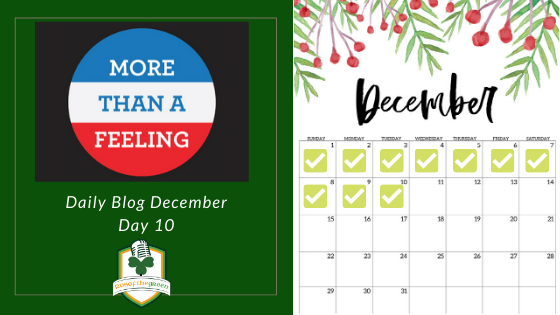 More Than A Feeling!

December 10, 2019 By rob.odonohue Comments Off on More Than A Feeling!

In my first proper job after college, I took up a role with a start-up in the west of Ireland. It was my idea to take on something challenging and really go in at the deep end! Very quickly, I knew it wasn’t for me. I had got it wrong and was in over my head. Change was needed, fast. I always remember giving my notice. It wasn’t received too well.  For the rest of the time, there were plenty of remarks made about those not up for the challenge and jumping ship were making a mistake! These very thinly veiled digs stung.

Flash forward a year. After taking on a more specific role with a large multinational in Dublin, another job opportunity arose that, for the first time in my working career, really appealed to me. I was conscious though, despite being in this position just a short while too, the company had already spent time & money training me, it was difficult to inform the boss about my decision to leave. This time around though, the feeling was the opposite. My manager was understanding, encouraging, and made me feel valued. Even though in truth I hadn’t added much during my short stay.

Two similar situations handled very differently. Of course, different leaders, and different circumstances. 20 years later, how I feel about both still remains very fresh and clear. Anytime in conversation that latter company might come up, I’m inclined to talk positively about my experiences there. Heavily weighted by how my boss made me feel on exit. The former, not so much. Feelings matter.

There is a quote I sometimes like to use when coaching teams that are working towards becoming more high performing. Or when a new team or group are coming together in the storming/forming stage. It’s the Maya Angelou one where people never forget you made them feel, long after the words and what you did fade away.

When I reflect back on work experiences like these 2, or in many other situations in my career, or life in general, it’s always the feelings that come up. This is just one example of many that come up for me where feelings and emotions, positive and negative, colour the experience profoundly.

In whatever role(s) you play, always try to keep in mind the potential impact you have on how someone feels. Then. And potentially forever.