Bettering the Imposter Syndrome, 1% at a time!

Two of my core values and passions are continual learning & ongoing wellness (mind & body). When engrossed in interesting mind nourishing content, I feel alive, excited, energised and dare I say more confident as it feels great to be learning. Traditionally, this has been via books, TV documentaries or, in more recent times, a magical Ted Talk I may have watched online or heard on the Ted Radio Hour show. With exercise and wellness, it’s very similar. For most of my life, apart from a few years during University and in my Twenties when way too much alcohol was being consumed, I’ve always been pretty active. Either in team sports or individually, keeping fit has been essential to my contentment. To be honest, a lot more than I probably realised. I definitely wasn’t aware, when younger, just how much of a positive impact some vigorous exercise had on my mood. It probably wasn’t until I took up long distance running in my early thirties that I could see the direct connection between running and a happier me. The No Choice diet! 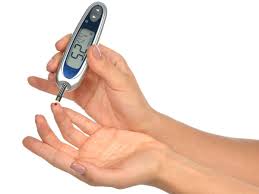 Around my 35th birthday, I had a bit of a wake-up call. I was diagnosed with Type 1 Diabetes. Type 1 diabetes is an autoimmune disease in which the pancreas can't make insulin because the immune system attacks it and destroys the cells that produce insulin. So, I had to start taking insulin injections daily to control blood sugar levels. My passion for all things wellness became all the more important. Trying to look for the positives out of the situation, I consider Diabetes as best diet I could ever have gone on (I’m joking but it’s kinda true). A diet that I don’t really have an option but to follow. There is a certain freedom when choice is removed. As exercise and being active has a positive impact on Blood Sugar maintenance, I now have the perfect excuse, not that I needed it, to be active on a daily basis. Up to this point, my exercise and learning passions were pretty much always independently pursued. I never could get the knack of reading a book on a treadmill! But that all changed for me a few years ago, when I discovered Podcasts. Things just got a lot better! More than 1% for sure. Back around late 2012, I was like many of the people (guests included) that I’ve talked to over the last year. The podcast concept was not fully understood. ‘Isn’t that just Radio?’ I remember thinking. I decided to do a bit of digging into what these podcasts were all about. I’m not sure if someone had recommended one to me or if the curiosity got the better of me, but I downloaded the Apple Podcast App (since then it has become a pre-installed app on the iPhone). By luck, not design, I stumbled across a podcast called ‘Stuff You Should Know’. It had me at hello. I vividly remember listening to an episode while out for a 5km run, and I was hooked. Not just by this episode (I recall it was about the Berlin Wall). It was more about the possibilities that I had available to me. I had the opportunity to learning on the run, literally. I quickly realized that I had a mobile university in my ears and it was, for the most part, free! Over the following months, and years, I embarked on a podcasting journey of discovery, listening to a broad range of amazing shows. It’s impossible for me to call them all out but two that I keep going back to are ‘the Tim Ferriss Show’ and Sam Harris ‘Waking up’. Both very different but hugely enriching for me over the last couple of years. I can say that they’ve changed my life in a positive way. I'm sure of it. Overcoming the Imposter Syndrome Fast forward to late 2016. As I continued to enjoy these shows, I was still struck by how many of my friends and people I’d talk with were unaware of the value that podcasts could bring. These folks are missing out! So, with some blind optimism, I started to investigate what I needed to do to create one myself. Switching roles from consumer to producer. With the bold simple vision of creating a podcast that could help others learn, improve, grow thought the stories of others. This was my fledgling idea and was enough to get me started! While this was a very exciting time, figuring out everything and anything I needed to do to pull this off, it was also a period where I felt paralyzed with fear. I remember (and still hear it regularly but much less) the negative self-talk raging. The questions coming up were something like ‘who do you think you are to create a podcast?’, ‘you’re a nobody?’, ‘what do you have to say to share?’, and ‘who’s going to listen to you?’ to name just a few! I’m probably keeping the language extra clean here. My inner gremlin has a colourful turn of phrase. I’ve since learned that this is commonly known as ‘the Imposter syndrome!’ Well, ironically enough, thanks to the power & insights I gleaned from listening to podcasts that talked about this condition, I pushed through, felt the fear and did it anyway. Right & Left Brain in action 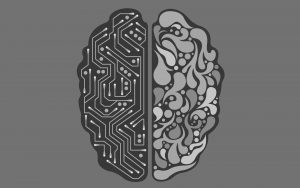 Over the months that followed, I got it done. Firstly, I spent a lot of time getting clear on my Why. This took a lot of right brain work, getting clear on my purpose, vision and mission. The work I had done on myself over the last few years, along with the learnings taken from the executive coaching diploma, all helped very much. That’s when the 1% Better idea became clear. Going back to my point above, I wanted to give something back and help others improve though the podcast. My aim was, and is, to create a show where every episode has the best content I can put together that consistently provides listeners with insights, tools, and tips to help them get a little bit better. I’m a poor man’s Tim Ferriss if you will, with slightly more hair. (Tim, if you’re reading this, I hope your stoic view of the world will see this as a joke!)

With the why clear, I then focused on the How and the What. I put a detailed plan together. My background is in project management. This helped hugely. Setting a BHAG (Big Hairy Audacious Goal) can be the easy part. Implementing it is what normally gets in the way. Setting the launch date was key! Telling others about it held me accountable to myself! I recall, as the project gained momentum, and I started to record my first interviews, my confidence grew. I was learning so much. About production, editing, interviewing, and most importantly, myself. Then in early March 2017, one week ahead of scheduled, after many long hours, definitely lots of sweat, a few tears, (can’t recall if there was any blood spilt other than pricking my finger to check glucose levels) and definitely learning to overcome the embarrassment of the sound of your own voice, I launched my first set of shows. It was out in the public domain. It felt good. Another syndrome, that my boss at work liked to call ‘perfection being the enemy of good enough’ was there during this time too. But the momentum was too strong and the date was set so it was time to go-live. Waiting for it to be perfect was not an option. Road to 50! Back at the start of 2017, I wrote down about ten goals I had for the Podcast in the year. I literally did this in about ten minutes and was just randomly throwing out what was coming into my head (although subconsciously they were probably well formed). Now, as I’m writing this, I have forty-eight episodes released and I’m putting final edits to the last couple of Season One. My original goal for the show was to do thirty in 2017. So, I’ve exceeded that. To be honest, I’ve exceeded nearly all of them! All the ones that mattered for sure. The journey had lead me to conversations with World Champions, World Record Holders, Magicians, Entrepreneurs, a Clairaudient (look it up), a Social Media Strategist, and I’ve just released a great new episode with one of Ireland’s best-known Chef’s (thanks, Neven). That’s just to call out a few. I have over one hundred hours content released and learned so much about topics such as Business, Start-ups, Meditation, Mindfulness, Developing Habits, Morning Routines and even people’s earliest memories. It’s been an awesome experience. Lessons Learned & Success I’ll wrap up this piece by sharing a few takeaways that might be of value to you. Something to ponder over or maybe even take some inspiration from if you’re facing some similar challenges or are being held back from trying something new. I started out this podcast voyage with a few personal goals in mind. Give something back to the podcast world that has helped me learn & keep fit over the last few years. By devouring hours of podcast content, I believe I have developed new habits and practices that have made me more confident and more willing to push through fears and set BHAGs for myself. I’ve confronted the imposter syndrome head on by putting the content out there. What once was a loud voice inside my head, is now hardly audible at all. All this shows that if you set the goal, work out a plan to get there, be resilient and stick the course, you can achieve it. Whatever IT is. It’s a simple enough message to write, much harder to execute. But it can be done. 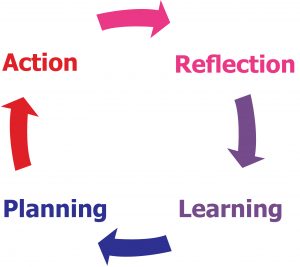 In my performance coaching work, one of the tools I find the simplest yet more powerful is the Action Learning Cycle. Taking Action to set up my own show has continued that Learning cycle for myself and moved things to the next level. In parallel, I’ve made connections with people I would never have otherwise. I’ve also been able to share these stories with thousands of others across the globe, received emails from folks that have benefited from hearing the struggles and victories of others. And maybe in some ways they have become that 1% better as a result. In one of the episodes, a guest turned the success question I ask back on me. What is success for me? I didn’t have to think too much. In that moment, the conversation I was having with the guest was success. I was taking action and learning simultaneously. It was aligned to my own why, how and what. Looking ahead Once season one ends, and I take some time out to do my own proper reflecting, I’ll post more on the themes and patterns that emerged from interviews with guests. But for now, I hope you enjoyed this read. If you haven’t listened to an episode of the show yet, I’d love to have you as a subscriber or casual listener. Check out the links below to the show, the newsletter, and other useful ways to connect. Feedback on this and the show overall is not only welcome but highly encouraged. I'd love to hear from you. Thanks, Rob O’Donohue AKA Rob of the Green 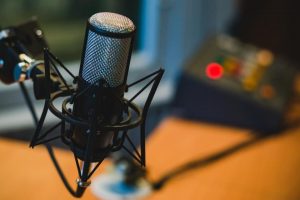